The Jews called their Elohim “the Word.”

They understood their Elohim was the speaker for the invisible God in Genesis 1.

In Psalms 33:6, we read, “By the Word of Yĭhvah, the heavens were made, and all the host of them by the breath of His mouth.” This passage described creation by the speaking of the Word and the breath of God.

The prophet Samuel said, “Then, Yĭhvah appeared again in Shiloh. For Yĭhvah revealed Himself in Shiloh by the Word of Yĭhvah” (1 Samuel 3:21).

The Word of Yĭhvah was identified as the speaker throughout the prophets.

This message of the Word really comes alive in the Targum of Jonathan ben Uzziel.

He translated all references to the Spirit and Holy Spirit in the prophets as “the Word.” For example, he translated Zechariah 7:12 as “They could not hear … the words which the Lord of Hosts sent by His Word.” 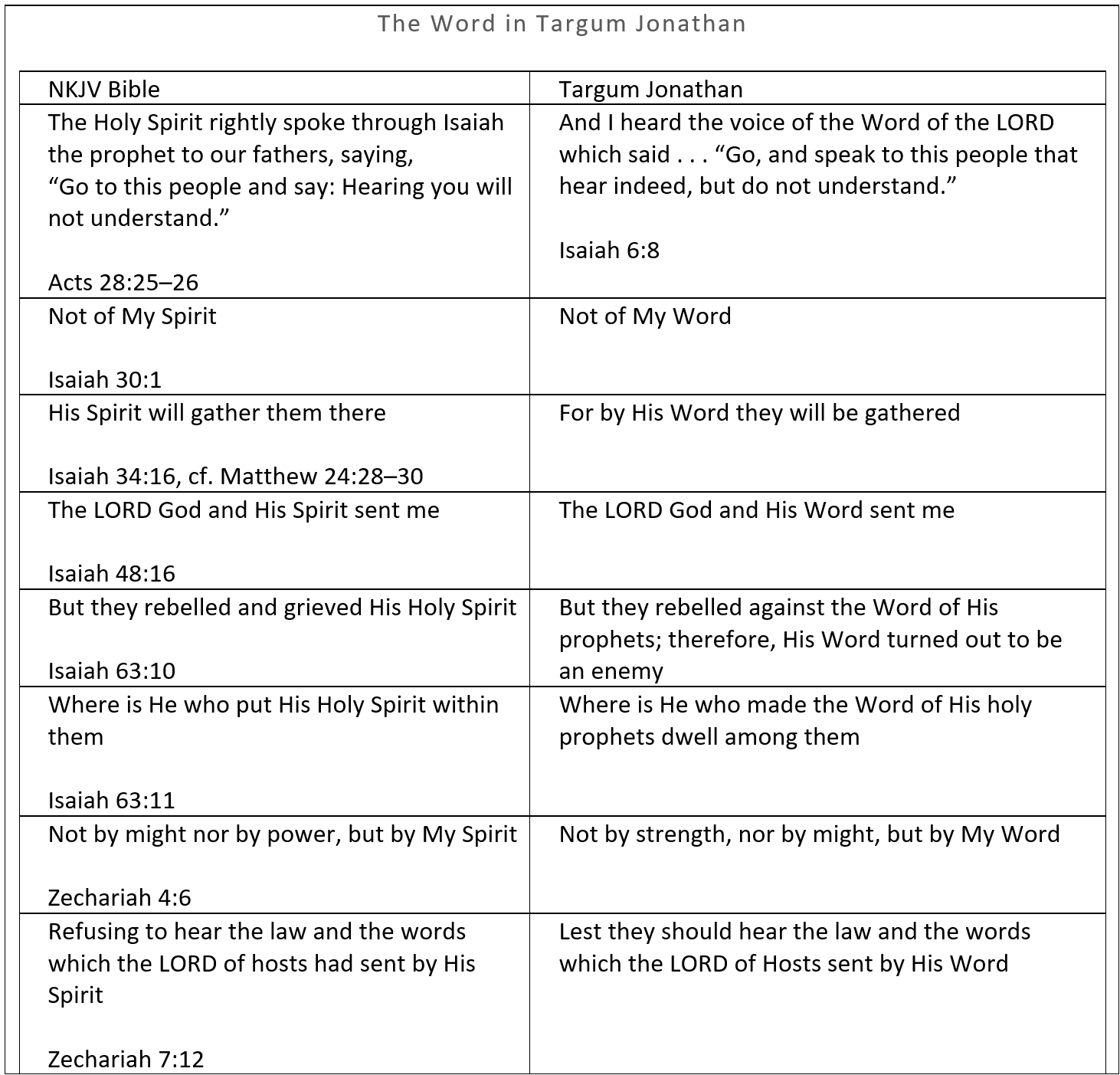 But when describing the Spirit of God on Christ and the Church, he called it “the spirit of prophecy from before the Lord,” “the spirit of grace,” and “the holy spirit.”

Most famously, he translated Isaiah 42:1 as “Behold, My servant, the Messiah, in whom one delights, My Word, I will put My holy spirit upon Him.”1C.W. Pauli, in his 1871 translation, remarks “Compare Hag. ii. 7. (and the translation of the verb ‘desire’). Some learned men will render, ‘My Chosen in whom My Word hath pleasure.’” From Matthew 3:17, we understood that God was the one who was “well pleased” with His Word. The Word is also called “the Memra of His delight” in Isaiah 59:16 and 63:5. The word “delight” appears 35 times in Isaiah, and God mentions whom the Memra delights in, only whom He delights in. The Word is clearly the Messiah, as indicated in Isaiah 48:10, “You are My Witness, says the Lord, and My Servant, the Messiah, in whom is My delight”; the Messiah is speaking here as ‘the Word.” We can also see the Word as the Messiah in the Targum of Hosea 1:7, “I will save them by the Word of Yĭhvah.”

From Jonathan ben Uzziel, we clearly understand that there are two holy spirits in the Bible.